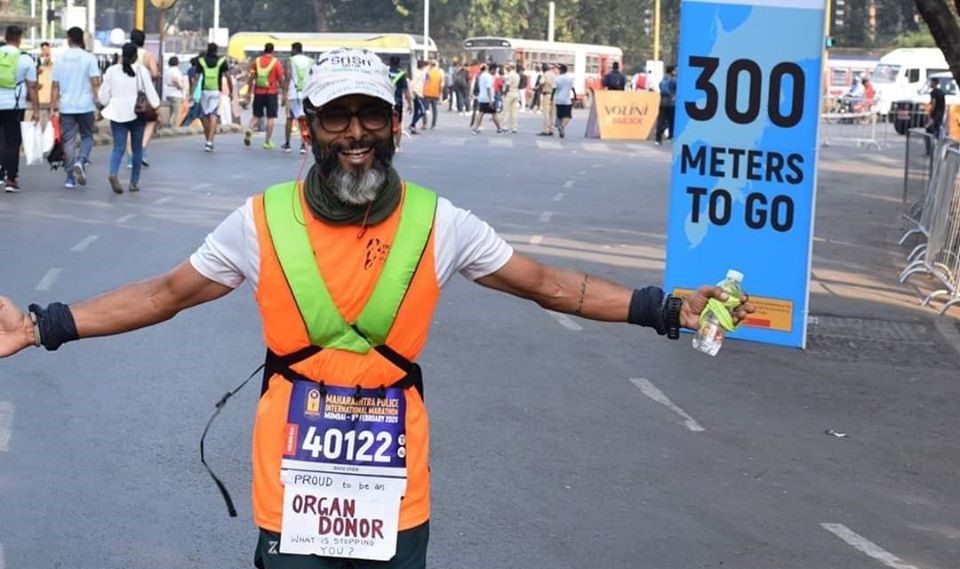 Happy and excited to share, Shiv who has been running HDOR since last 2 years is now an Ultra Marathoner. He has recently completed Khardungla Challenge and credits his success to 100 Days of Running which has also helped him to get his first Abbott Star at the Chicago Marathon.

My Journey as a runner started in 2016, quite by accident. Thanks to a runner friend who saw the potential in me as a runner. My first run was a half marathon, without much of the practice which I completed under 2:30.

After running a few Half Marathons and 10 km run, I took up my first HDOR in 2017. It was a test of my consistency and discipline. I lacked both. That edition I was able to clock just over 600 km. But it got me hooked to running and made me mentally stronger. It also helped me get to my Sub2 HM and I was ready for my first Full Marathon. Although my first FM was a disaster at 5:20.

My second edition of HDOR was phenomenal. This edition I was much stronger and was running longer distances on a regular basis. I ran 50 km on Day 50 and capped it with a 100 km on Day 100. Soon I was able to get to my Sub4 finish in a Full Marathon. This was not even in my script. I began to believe in the power of consistency.

Ultrarunning became the norm. I ran 6 FMs in 6 months and followed it up with 6 Ultras in 6 months. Covered almost 3 times the distance in the 100 days. Although I did not participate in the 2019 edition, I wanted to test my ability to remain consistent even without being in a challenge.

I had now replaced cyclo commuting with #RunCommute.

Also, Khardungla Challenge was in my mind and I, who had severe breathing problems, wanted to finish it and I did.

The self-belief generated as a result of consistent workouts, triggered by HDOR which enabled me to attain podiums in HM, FM, Ultras and Duathlons… It also gave me my first Abbott Star at the Chicago marathon.

What more can an #accidentalrunner ask for 😊

Winning doesn’t always mean getting first place; it means getting the best out of yourself.

One of my greatest joys is inspiring other people to perform at their best.