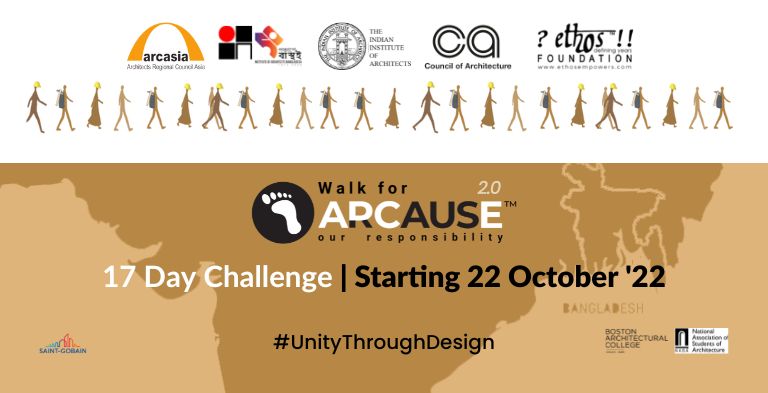 A shelter is considered a basic necessity for human beings which is exemplified in the famous slogan – Roti Kapda Aur Makaan. And yet Architecture and Design are considered to be niche domains.

The power that design wields in changing lives has not been disseminated and more importantly has not been explored enough or even understood. This is evident in the rapidly changing character and fabric of our cities, towns, and now even our villages.

The purpose of the Walk for Arcause is to bring the focus on architects in the social realm and on Architectural Social Responsibility to build a social conscience. 1700km from Kolkata to Delhi was an opportunity to identify action areas through interaction with communities in villages, towns, and cities along the way and throw them open for designers to act where Walk for Arcause 2.0 will be highlighting Unity Through Design as this second version of the walk is across borders of India and Bangladesh.

India is celebrating its 75th year of Independence and this walk celebrates the spirit of India and its architecture.