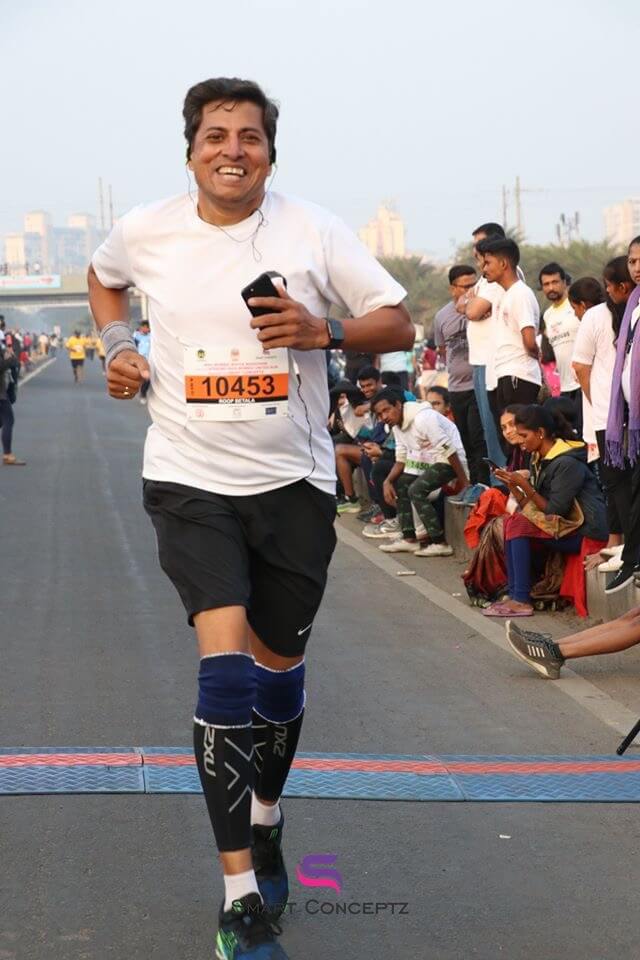 Roop has run 3 times Blind Folded Half Marathon to promote Eye Donation Campaign in India. Roop Betala, passionate for his running has also completed a ‘100 Days Running Challenge’ in 2015, 2016, 2017, 2018 and 2019 with 1008+ KM. Roop Betala ran his first Ultra Marathon in 2016 of 72 km on 72nd Independence Day. Roop Betala runs his age during his Birthday Month. Roop is a regular pacer and paced at various events.

Recently Roop ran with his team for Menstrual Hygiene run in Delhi with Miss World 2017, Dr Manushi Chhillar and about 300 students from NDMC also participated where he helped to raise a big sum for Charity.

on 23rd February 2019 Roop Run 89.1 km in Mumbai from Gateway of India to Powai Renaissance Hotel covering 89 Heritage and Historical site of Mumbai, Blindfolded to promote Eye donation and organ Donation and raised charity for the same.

I’m a native of Mysuru in Karnataka. I got retired as Assistant Controller of Defence Accounts, in the year 2009. My maiden run was for 5 km in Mysuru in......

Known to be a pioneer in IT-related services in and around Lucknow. After serving at senior positions in Multi-Nationals as a software professional I decided to become an entrepreneur. Despite......